Sea Cucumbers are echinoderms from the class Holothuroidea. They are marine animals with a leathery skin and an elongated body containing a single, branched gonad. Sea cucumbers are found on the sea floor worldwide. The number of holothurian (/ˌhɒləˈθjʊəriən, ˌhoʊ-/[2][3]) species worldwide is about 1,717[4] with the greatest number being in the Asia Pacific region.[5] Many of these are gathered for human consumption and some species are cultivated in aquaculture systems. The harvested product is variously referred to as trepang, namako, bêche-de-mer or balate. Sea cucumbers serve a useful role in the marine ecosystem as they help recycle nutrients, breaking down detritus and other organic matter after which bacteria can continue the degradation process.[5]

Like all echinoderms, sea cucumbers have an endoskeleton just below the skin, calcified structures that are usually reduced to isolated microscopic ossicles (or sclerietes) joined by connective tissue. In some species these can sometimes be enlarged to flattened plates, forming an armour. In pelagic species such as Pelagothuria natatrix (Order Elasipodida, family Pelagothuriidae), the skeleton is absent and there is no calcareous ring.[6]

The sea cucumbers are named after their resemblance to the fruit of the cucumber plant. 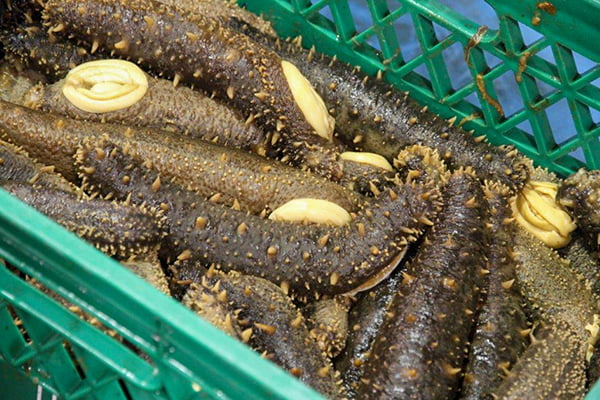 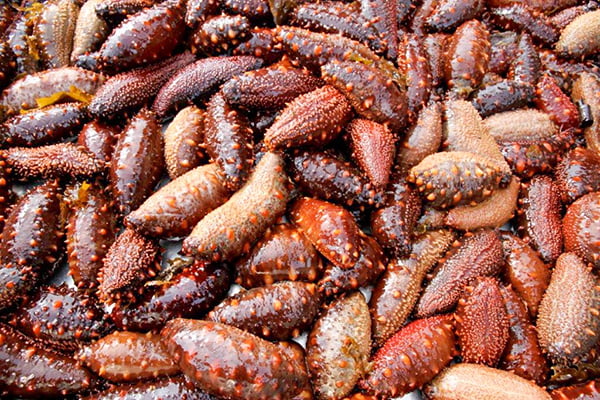